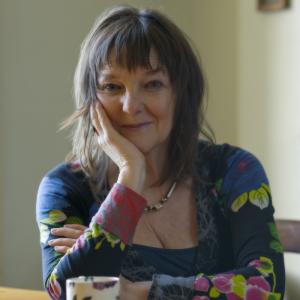 The Bog-Girl of The Flow Country

There was once a Bog Girl. Her dress was peat-black fringed with soft green moss. In her dark hair she wore tiny flowers of white bog cotton and pink bog-bean, and her long necklace was made from dark green Bog-firs. But she was lonely, this Bog-Girl, and often gazed at her reflection in dark pools for company. The Bog Girl looked after the wilderness of the Flow Country, caring for its marvel of deep peat Blanket Bog that covered the ancient and vast sunken forest. The Bog Girl sang with the wind to help the people of Scotland breathe good clean air. She sang songs to encourage the insects, the birds, the running deer, and she sang to remember the Bog People, now gone, but not forgotten, for she, The Bog Girl, remembered them. Some called the Bog Girl the spirit of the wind. Others called her the guardian of the great bog. Though few have ever seen her.

Marta closed her little story book and put it by her bed. She knew the story of the mysterious Bog Girl off by heart. No matter how many times she heard, or read the story, she wept. Imagine being so lonely that you stared at your reflection for company.

‘Well, it’s a wet and lonely place,’ Marta’s mother said, when Marta asked what the Flow Country was like. ‘Twice the size of Orkney and some say, almost otherworldly.’

That summer they were going to Orkney on holiday, because Marta’s mum liked standing stones, and in Orkney, she told her daughter, there were lots of them.

Journeying the long road north; Marta, her mother and their collie dog Floss, Marta’s mum talked excitedly about a circle of standing stones she planned to visit, called the Ring of Brodgar. Marta thought about the Bog Girl. The dog, curled up next to her, was mostly asleep.  Marta peered from the window as the road swept over the river Ord where a large road sign welcomed them to the county of CAITHNESS! ‘Berriedale Braes,’ Marta’s mum announced a few moments later. She proceeded to drive the car down a steep curved road by the edge of the sea. ‘Hold onto your hat!’ she warned her daughter. Then, in first gear, she slowly drove up a very steep twisting road. ‘We made it!’ Marta’s mum said, sounding relieved, when Berriedale Braes were safely behind them. Now the land was flat. The road followed the edge of the land where cliffs plunged steeply and then the sea stretched for miles. Marta gazed out of the car window; the vast sea on one side, and the flat and mostly treeless landscape on the other. All the way she thought wistfully about the Bog Girl.

Marta was jolted from her reverie by the squeal of the car suddenly braking. In front of them a sheep was slowly crossing the road, as if it had all the time in the world. Floss perked up and started barking. It was then that Marta saw the signpost at the roadside– the Flow Country 8 miles, it said, with an arrow pointing inland.

‘But I have to go, please,’ Marta begged. Her heart was racing now. For years the Bog Girl had been her favourite story. She had dreamt of the Bog Girl, drawn pictures of her. And now, unbelievably, they were near the Flow Country. The Bog Girl’s home was just eight miles away!

Marta’s mum checked the time. ‘Just a flying visit then,’ she said, glancing back at her bright-eyed daughter and excited dog. ‘And Floss could do with a run.’ So she turned the car off the main road and followed the sign for the Flow Country.

Marta blinked, and pinched herself. Was she dreaming? The dog was peering out of the car window, tail wagging as they drove along the narrow road.

Welcome to the Forsinard, Flow Country, announced a large sign. They pulled into the small car park. They were the only car. Marta peered out at the vast stretch of boggy land patterned with so many silvery twisting rivers and dark lochans dotted here and there. ‘I did warn you it was a lonely spot,’ Marta’s mum said, hopping from the car and setting the dog free. Marta scrambled after them. Her mum was already striding down the narrow path that wove between small pools. Marta followed, gazing all about her in wonder. To her this place was beautiful. So quiet. No people. No cars. No roads. Just a vast swirling landscape of colours, black, green, pink, blue. No wonder it was called a blanket. Under foot the earth was spongy, like stepping over cushions. She took a deep breath, filling her lungs with the pure air. She gazed up. The wide sky seemed to go on for miles. She looked down, seeing a small wonder of red and pink moss by her feet, and next to the sphagnum moss she saw pale green lichen curling like lace. The closer she looked, the more she saw, and she loved it. ‘Hello, Bog Girl,’ she murmured, ‘I’ve come to visit you.’

‘Remember,’ her mum called back to her, ‘we don’t have long, just stretch your legs then we need to get going.’

Marta wished this was their holiday destination – the Flow Country. The very name was like a spell. And it didn’t feel lonely to her. White wispy flowers of bog cotton swayed in the wind. A dragonfly landed on a small pink flower then hopped onto a purple petal of bell heather. The breeze rippled the water in the many little pools and seemed to whisper her name – Marta…..Marta….

The dog barked then bounded off. Marta’s mum, shouting for Floss, ran after him. And so, for a few precious minutes Marta was alone in the Flow Country. The barking noise faded. The calls of her mother too. Everything that belonged to normal life vanished and Marta stood gazing at the vast stretch of dark and deep peat bogs, the heather, the bog myrtle and tufted clumps of grass. She looked down into one of the small pools and saw her own wobbly face mirrored there. She plucked a stalk of white bog cotton and tucked it behind her ear. It felt to her such a peaceful, almost magical place. ‘You don’t have to be alone, Bog Girl,’ Marta called out, ‘I am here.’

The sighing wind ruffled Marta’s hair. A golden eagle circled in the clear air high above. A black throated diver slipped silently into a pool. A golden plover stood to attention on a tussocky hummock nearby. Marta drank it all it, then stared down at her feet, standing on the dark peaty earth. She thought in wonder how it takes, as her school teacher had informed her, twelve thousand years for peat to develop. And there it was, right there, ancient and helping her breathe, under her feet. Perhaps it was the softness of the boggy ground but it seemed to Marta that the earth beneath her trembled. Marta gasped, then smiled in delight, as she saw, from the bog, a dark small shadow rise and sway in front of her. ‘Hello, Bog Girl,’ Marta said, for now the shadow seemed to grow fuller. So full that now Marta could see the little black dress fringed with moss. She could see tiny white and pink flowers in the Bog Girl’s black hair. She could see her eyes, dark as pools, in her elfin face.

For a wondrous moment the two gazed at each other. It may only have been a moment, but for Marta time stood still, and in that timeless moment she felt the spirit of the wind breathe through her.

Marta became aware of her mother calling. The Bog Girl bent and scooped something up from the blanket bog then pressed it into Marta’s outstretched palm. It was a small, quartz crystal, mottled with tinges of pink, green and white. ‘Remember me,’ she sang, ‘breathe freely, and remember to care for the wild places, for they matter much.’ She gestured to the ridges, slopes and spongy dips of her precious landscape.

‘I know,’ Marta said, nodding, for somehow she understood that this place – the Flow Country – did matter, very much indeed. And as she nodded, and smiled, holding the precious gift in her hands, the Bog Girl became shadow once more, and the peaty earth beneath Marta’s feet trembled.

Marta’s mother was berating the dog and leading it towards the car, calling over to her daughter, saying they needed to leave, now!

Marta clutched the crystal, afraid it might disappear. But it was real, just as the Bog Girl was real, just as her words were real. Marta repeated them in her head, over and over, as she clambered back into the car. Remember me…breathe freely…and remember to care for the wild places…for they matter much....

All too soon the Flow Country and its quiet magic was behind them. Marta stared out of the back window as they drove away, and she waved.

‘We don’t want to miss that ferry,’ her mum was saying.

The Bog Girl stood on a tuft of peaty blanket bog and watched Marta go. She lifted a small hand, and waved back.

The wind ruffled the water in the lochans. The Bog Girl glanced down into the dark water, and this time it was not only her own reflection that gazed back at her.