In early 2023, and after many years of preparation, the blanket bog peatlands of The Flow Country will be "nominated" to the United Nations Educational, Scientific and Cultural Organisation, UNESCO, to become a World Heritage Site.  This means that if successful, The Flow Country would be seen globally as important as the Great Barrier Reef, the Serengeti, the Okavango Delta and the 160+ other World Heritage Sites inscribed on the World Heritage List for their outstanding internationally-important natural values.

The consultation on the proposed boundary has been ongoing for the last 3 months, and this week now sees the proposed Site’s draft Management Plan being made available for public scrutiny.  It has been produced by a local Partnership of organisations and individuals in order to explain to UNESCO how the World Heritage Site will be looked after, should the area achieve this globally important accolade.  The work in this Plan builds on a ‘Nomination Dossier’, an extensive complementary piece of work which sets out in detail why The Flow Country should be a World Heritage Site, and which will be submitted to UNESCO by that January deadline. 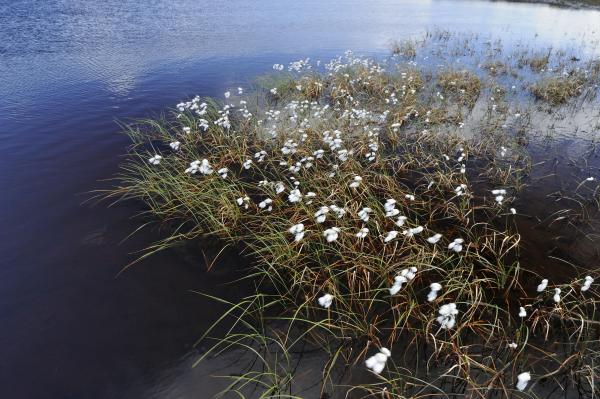 In the foreword to the document, the partnership Chair, Frances Gunn from Tongue, says

“This draft Management Plan provides detail about how we intend to look after the World Heritage Site, and what arrangements need to be in place in order to achieve that.  By ‘we’, I mean you and me, the people who own, live and work in the area, and those organisations who work with us to make it special. The Plan has been written with the intention of safeguarding this outstanding natural heritage for future generations.  There are some complex and challenging issues in there, and we want to know what you think about what is proposed, not just about the difficult issues, but also about the really positive benefits that might come from becoming a World Heritage Site.”

Frances goes on to say “As the Chair of the World Heritage Site stakeholder partnership, I can genuinely say that this draft Plan, and the decisions made in it, have been made collaboratively, with the best interests of the blanket bog and the wider Flow Country and its communities in mind, and I encourage you to have a read and have your say.

The online consultation will last for eight weeks, after which all comments will be reviewed, and changes will be made to the version that is submitted alongside the Nomination Dossier to UNESCO in January 2023.

Dr Steven Andrews, Flow Country World Heritage Project Coordinator says: “This is your opportunity to have your say, so thank you for taking the time to tell us what you think.  World Heritage Sites are important for the whole world, and as future local custodians, your input about your Site is needed”

You can access the consultation at https://consult.highland.gov.uk/kse/event/36987 and it will remain open until September 12th 2022.