Take a TALK on the wild side

Over the past few weeks the Forsinard Flows Field Centre has played host to a series of talks given by members of staff from the RSPB Forsinard and the Flows to the Future teams.

First up, Flows to the Future project supervisor, Caroline Eccles, gave an informative talk on the project, covering the its history and plans for the future. She talked about several of the main aims of the project – restoring 7 square miles of blanket bog habitat, raising awareness of the peatlands, and improving visitor engagement. Sydney Henderson, Flows to the Future intern finished off the talk by talking about her own role, as a residential volunteer, within the project. Funding from The Heritage Lottery Fund has enabled the establishment of a Field Centre complete with accommodation for long-term volunteers, both increasing and improving volunteering opportunities at Forsinard. 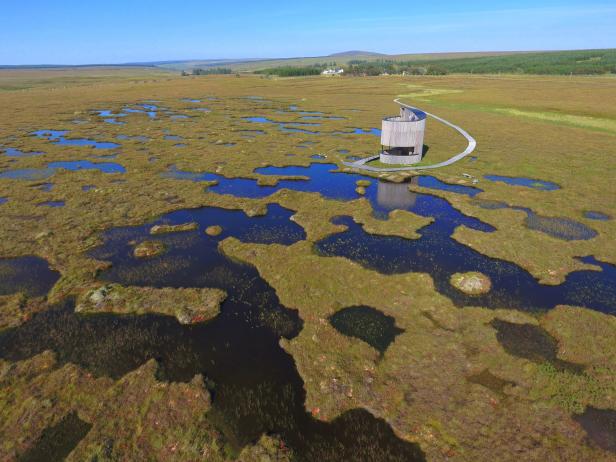 The Flows Lookout tower - built to increase access and learning opportunities for visitors, as part of the Flows to the Future project.

Later that week, Mark Hancock, RSPB Conservation Scientist, explained his wok on the distribution of common scoters (Melanitta nigra) on Flow Country lochs. Throughout a 6 year project he has been monitoring loch temperatures, water clarity, macro-invertebrates, and brown trout populations, in order to evaluate why scoters are choosing to breed on some lochs over others. Given that half the breeding population of common scoters nest in the Flow Country, his project has high significance in the protection of these beautiful sea ducks. 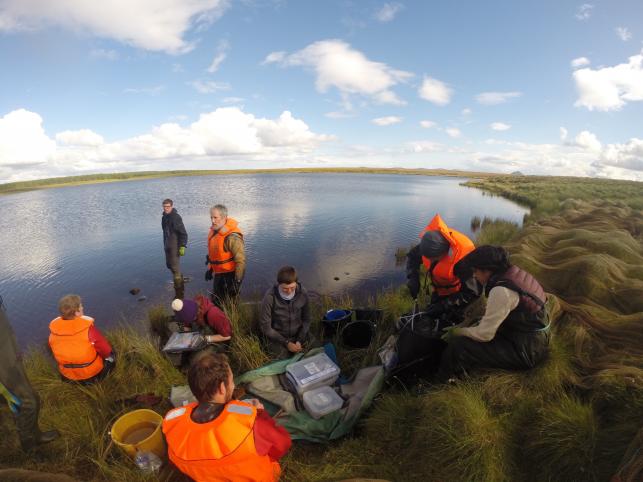 Mark and members of his team on a fish survey day.

Paul Turner, a warden at the RSPB, spoke about his recent project searching for the elusive population of European eels in the Flow Country. European eels (Anguilla anguilla) are catadromous fish, meaning they migrate down rivers to the sea to spawn. The larvae metamorphose into transparent larval stage called ‘glass eels’ and migrate upstream, to fresh water- for example Flow Country lochs! Throughout his 4 week study, Paul found no eels, slightly worrying as the European eel is a critically endangered species. Paul hypothesises his lack-of-eels may be due to a particularly hot summer – indeed he found the average loch water temperature to be 18°C! 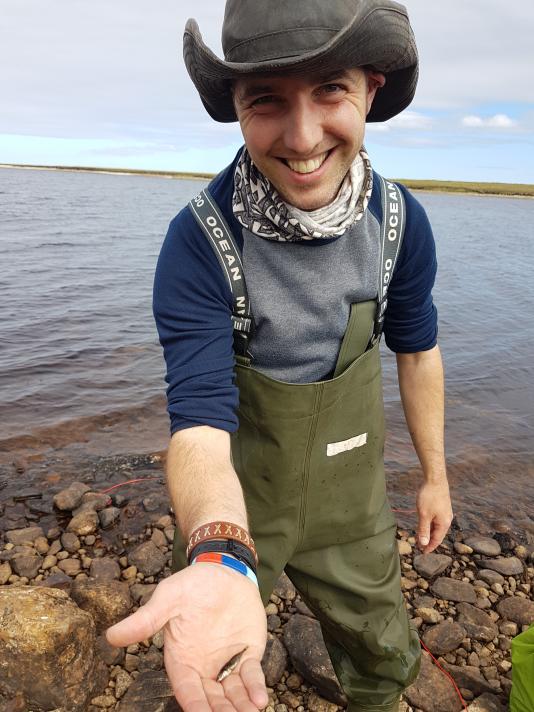 Paul found lots of sticklebacks, if no eels.

Darrell Stevens, senior site manager at RSPB Forsinard talked about his past as a Conservation Officer in the North of Scotland, covering a vast array of issues surrounding wildlife and habitat protection. It was fascinating to get an insight into the mechanics behind the RSPB land management!

Not to worry if you’ve missed these talks – next week Jill Harden, RSPB Archaeologist will be talking about archaeology of the Forsinard Flows RSPB reserve and beyond on Monday 10th September. On Thursday 13th Carole Eccles is back by popular demand, for a repeat of her talk about the Flows to the Future Project. All are welcome and of course, tea and biscuits will be provided.