Reflections of a Flows Internship

People Engagement Intern Carys has recently left us for pastures new but before she went she wrote a piece about her time with us....

When I arrived at Forsinard – heavy clouds threatening rain – I wasn’t entirely sure what to expect. Fresh out of university and glad to be a little closer to home, I was just happy to have landed feet first in a role that pointed me in the right (if vague) direction I wanted my career to go in: conservation.

I quickly realised that I had landed feet first into the deep end, trying to pick up all the projects the previous intern had been working on before me, while suddenly experiencing what it’s like to lead a group of school children into the (relative) wilderness only to blindfold them and encourage them to think about food chains (spoiler: it’s fun, if a little overwhelming at first). 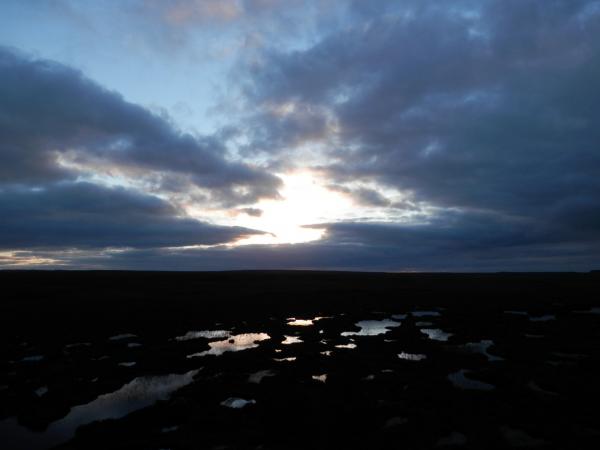 The first couple of weeks passed in a simultaneous blur and freeze frame, both rushing past me and feeling like the new experiences were stretching my days, made longer than usual with the familiar light that never left as the summer solstice approached. Despite growing up in a rural hamlet (if it could be considered even that), the isolation of poor phone signal and a dodgy dongle got to me, until I felt more settled with the other interns and new faces in and out of the office.

I became fast friends with my new flatmates, enjoying impromptu singing in the mornings (if a little too cheerful for that hour), and movie nights, while also having the opportunity to work with others in the office as they went out and about on their jobs in the reserve; kneeling over vegetation plots on slightly damp knees, counting scoters around lochs (unfortunately non-existent for me, but included my first sighting of a wood sandpiper), and going out on work parties where we debated the very important differences between jaffa cake brands. 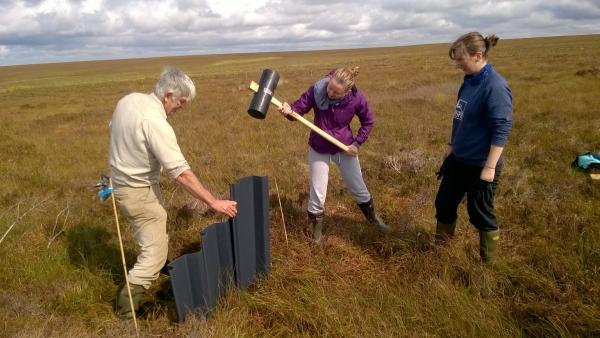 As they say: time flies when you’re having fun, and all good things come to an end. My time here is almost up. I’ve filled it with making posters, creating activity props, organising events, exploring the county, watching kids rush along the boardwalk with a grin, listening to haunting Gaelic music from the top of the Lookout tower, making dragonflies of all colours and styles, sitting in a bird hide for the best part of a Saturday, watching Orca from Dunnet head, staying up late to watch bizarre youtube videos with the other interns, squelching through the bog, and best of all, meeting new friends.

I’m sad to leave, but I know what I’ve learned here is going to help me, most of all in opening my eyes to the importance of education and engagement in the umbrella career of conservation. I feel confident in where I’m heading next, and that wouldn’t have been possible four months ago. I have a lot of gratitude for Forsinard and all the people I’ve met here, and I know that if I’m ever in the area again I’d sign up for more instantly.

But for now, this isn’t goodbye – just au revoir.