Flow Country interpretation has been installed at Caithness Horizons in Thurso, Strathnaver Museum in Bettyhill and at the visitor centre at RSPB Scotland’s Forsinard Flows Nature Reserve.

These displays enable people to find out more about the Flow Country and each has a different theme. Strathnaver Museum focuses on the tradition of peat cutting and includes peat cutting tools and an audio display of peaty stories collected from the community. 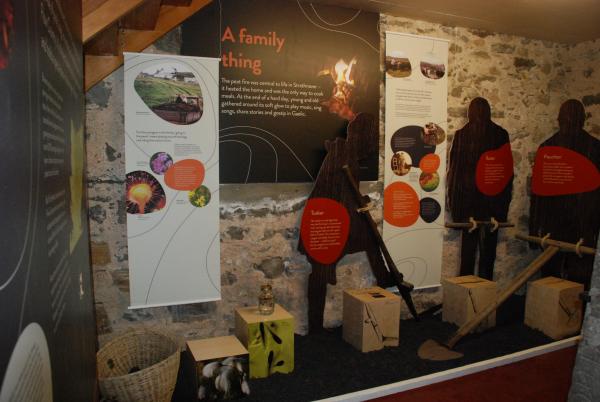 At Caithness Horizons and Forsinard visitor centre the displays tells the importance of the peatlands for both people and the environment including the bogs ability to store vast amounts of carbon. As well as stunning imagery, both displays include films, artefacts, a virtual reality landscape model and a carbon capture computer game. Caithness Horizons includes hands-on children’s activities including floor jigsaws and dressing up costumes, allowing children to become a creature of the flows. 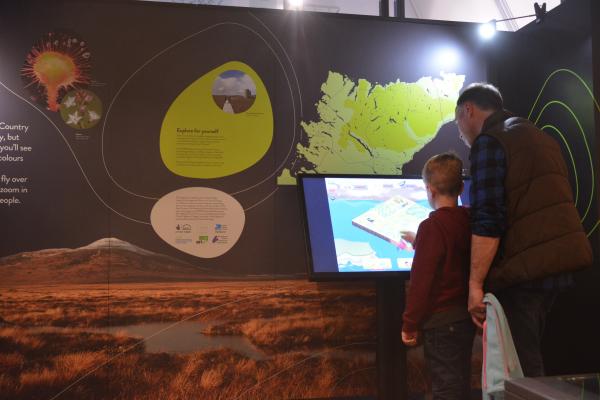 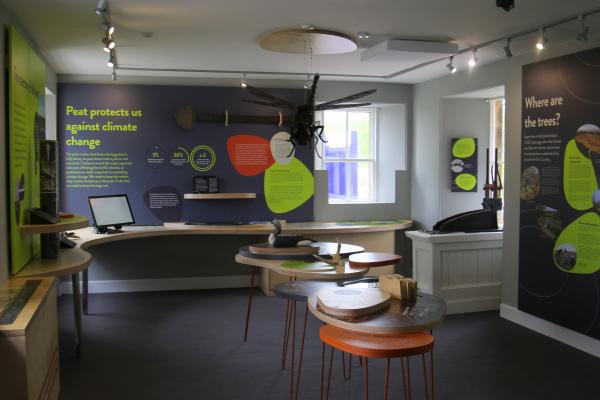 These displays are a permanent fixture at each venue and have been installed to help raise awareness of the Flow Country peatlands for both local people and visitors to the area.