Surveying in and on the Flow Country lochs 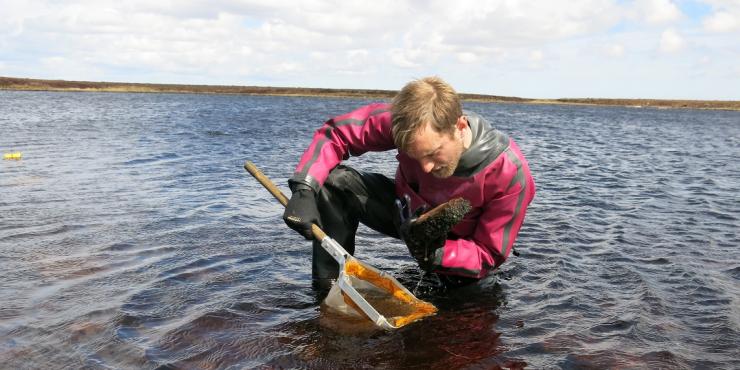 It’s full steam ahead for the busy surveys season at Forsinard Flows! One RSPB research project is designed to assess management options for helping to conserve breeding populations of common scoter – a species of diving duck once widespread in the Scottish uplands which has suffered severe declines in recent decades. The project is focussed on the scoter’s food source, macro-invertebrates, which previous research indicates may be a key factor in the species’ decline.

Throughout the summer researchers have been visiting study lochs in the Flows to investigate the invertebrate populations found there. A variety of survey techniques are being used, including stone sweeps, surface sweeps and grab sampling. Stone sweeps target invertebrate under stones by picking up a stone and sweeping a net behind to capture the invertebrate caught in the current. 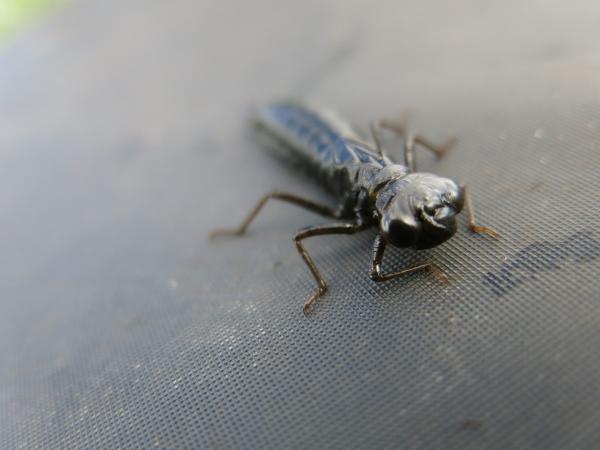 For surface sweeps a net is dragged along the surface to capture anything in the upper water section, including the cast skins of mayflies which have recently emerged. A sediment grab is used in deeper water to collect invertebrates burrowing in the loch bed. By combining these, and other techniques, it’s possible to build up a comprehensive picture of invertebrate activity in and around these remote lochs – information which can then be compared against management techniques to help us to improve habitat quality, both for scoters and a range of other upland waterbirds.