Global Strike for Climate in Inverness 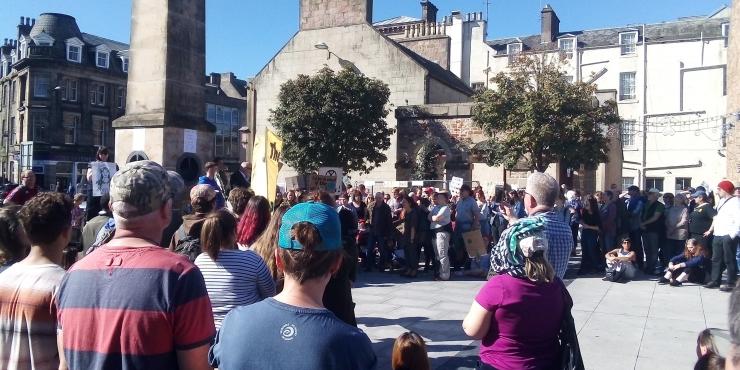 On 20th September 2019, the Global Climate Strike for international climate action took place in 150 countries, strategically timed ahead of the UN Climate Change Summit 2019 (21st - 23rd September). The RSPB stood alongside the UK Student Climate Network in supporting all staff and volunteers to show their solidarity in the peaceful demonstrations, in whatever way they could, including attending the strike in person. The nearest city to the Forsinard Flows Reserve in which the Global Climate Strike took place was Inverness, and organisers included local environmental campaigning groups Inverness Youth Climate Strike, Friends of the Earth Scotland, and Extinction Rebellion Highlands and Islands. Two members of the Flows team, Sydney and Nick, travelled down by train with Danni and Stuart (Reserve’s team) to meet with colleagues from the North Scotland Regional Office and others from the Cairngorms area. All in all, about 10 RSPB staff and volunteers (most in logoed attire) attended the Strike at Falcon Square, making the RSPB’s stance very clear!

People of all ages travelled from across the Highlands to be in Inverness for the Strike, with numbers totalling around 300. The Strike involved speeches, music, chanting, and a ‘die in’ where protesters were asked to set their alarm clocks for 1pm and lay down on the pavement to symbolise the dwindling time left to prevent climate breakdown. 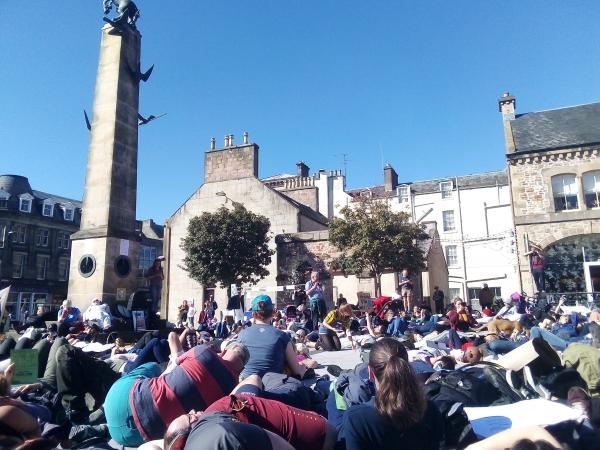 Extinction Rebellion campaigner Elliott Blaauw, said: "I have grandchildren and they are the ones who will inherit this planet, and if we don't do something in the next two years there will be nothing left to do… We want politicians to stop acting cynically, thinking short term and only of elections, and to start taking critical actions to get solutions that will work in the long term”.

Professor O’Neil, principal and chief executive of Inverness College UHI, announced that the College has declared a climate emergency and is committed to immediately reducing its carbon footprint, focusing on reducing energy, waste and consumption, with plans to recycle 95% of its waste by the end of 2020 already set in motion (you can read more about the College's climate commitments here).

The climate crisis is frightening for all of us, but it was really encouraging to witness the numbers out at Falcon Square, and to hear Inverness College UHI's bold announcements to rapidly improve its environmental sustainability. The College's influence is far reaching and we hope that similar educational institutions will follow suit.

The challenge to prevent climate breakdown is perhaps unprecedented, but figures reported for the Global Strike's international turnout provide hope that necessary change is coming: