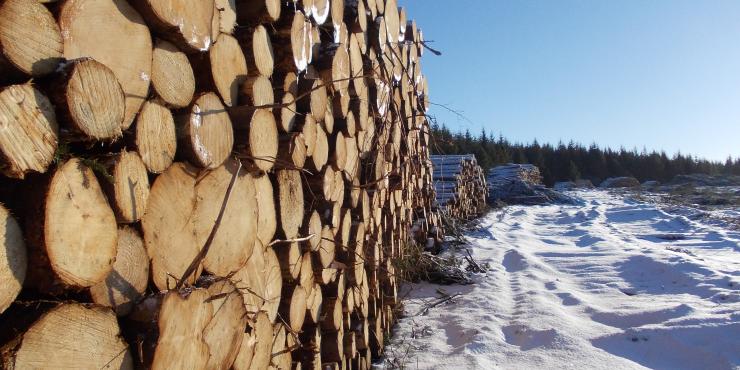 Although the forestry operations mean temporary closure of this lovely trail, the work being completed is vital for Flow Country conservation. For thousands of years this land was left relatively uninfluenced by human activities, until the twentieth century. During this time areas of peat have been drained for forestry and agriculture, causing marked changes in the landscape. One of the biggest changes was the planting of conifer trees on a large scale due to government tax incentives.

However, due to the increased knowledge of peatland and the poor quality of timber produced from these conifers, planting was stopped. Work began in 2001 to start peatland restoration. The first step in this process is to remove the planted conifers, which is happening near the Forsinain trail. Further work will also be done to improve the peatland until it is as close to its pristine state as possible. This is likely to involve the blockage of drainage ditches to raise the water level to its original state. By creating water-logged conditions, sphagnum mosses will grow and continue to capture and store carbon, in the long-term formation of peat.

The conservation work on the flow country is important as it stores more than three times the amount of carbon found in all of Britain’s woodlands, with some areas up to 10m deep. 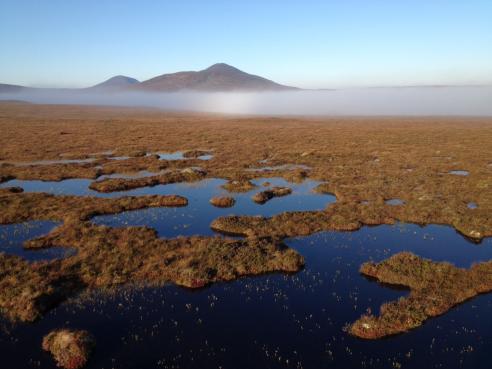 You can learn much more about the conservation work done both for the peatland and the wildlife which inhabit it at the visitor centre at Forsinain train station which remains open. Please feel free to come in for a chat to find out more about the reserve before heading down to the viewing tower on the Dubh-lochain trail.