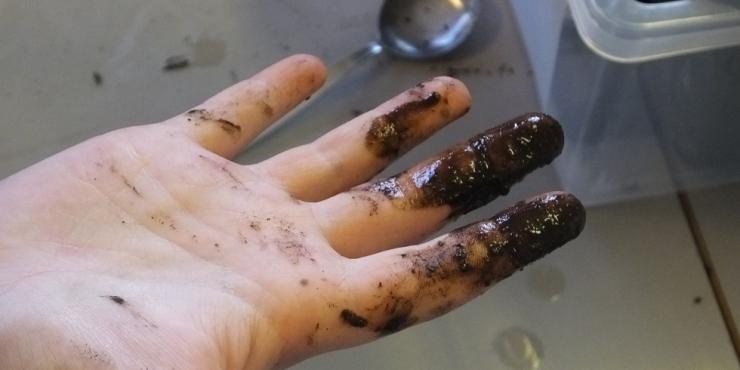 During last week’s Caithness International Science Festival we had the honour to work together with Judith Sarneel and Iris van Hamersveld, from Utrecht University in the Netherlands. They have developed a citizen science project around decomposition in soils, which is particularly well suited for schools to carry out in their school grounds. More information can be found at http://www.decolab.org/tbi/.

Peat has of course a special place when it comes to decomposition, since the carbon cycle is brought to a halt with peat formation. The carbon which would normally be released to the air by decomposers (little organisms in the soil) is stored in the earth in the form of peat instead. 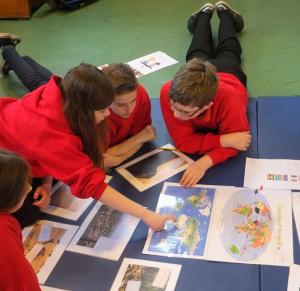 Running the workshops at Castletown Primary

Our combined efforts resulted in workshops delivered to 8 classes from Castletown Primary, South Primary, Pulteneytown Academy, Pennyland Primary and Hillhead Primary. Teachers at Watten Primary and Halkirk Primary were also happy for their senior classes to help out with trialling the activities prior to the science festival taking place.

Pupils got up close with different types of soil, including peat, and learned about their properties such as their water holding capacity and acidity. They were then further challenged by trying to link these properties to the climate and global warming. Another activity had pupils investigate soils and climates of several countries in the world, and find out which of these countries would be likely to have a lot of peat. 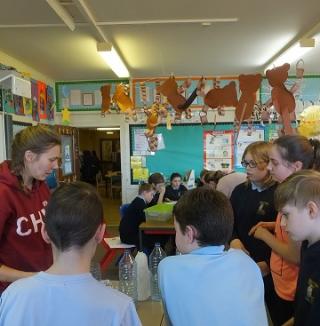 It was quite a challenging experience, as climate change and decomposition require a bit of effort to understand. But for many pupils the activities turned out to be a fun way to get up close with different types of soil by getting their hands in and by smelling, learning something about decomposition and the climate in the meantime.

At the end of the festival week we got involved in the ‘Family Fun Day’ at the Assembly Rooms in Wick. It was very busy and nearly 150 children engaged with the “soil feel challenge”, to win a chocolate easter egg!

All in all, it was a great week, which would not have been such a success without the hard work of all staff and volunteers involved.